Welcome to our firm… 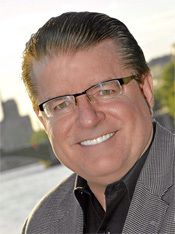 Ferguson Law Firm is a full service Business Law Firm committed to resolving your problems efficiently and cost effectively utilizing a multi-tiered approach of law, negotiation and other strategies carefully coordinated and designed to achieve the best results for your business. Ferguson Law Firm is uniquely qualified to implement  these strategies.  Mr. Ferguson has practiced law in the California desert for over 20 years.  He served as a City Councilman and Mayor of the City of Palm Desert for 13 years.  Prior to that he was Chairman of the City’s Planning Commission.  In 2013, 2014 and 2015 he was named by the Legal Network as one of the Top Lawyers in California having the Highest Ethical Standards and Professional Excellence.

Ferguson Law Firm has represented numerous clients before federal, state and local authorities on a wide variety of legislative, administrative and regulatory matters.